What is DIP Financing?

As prices in several markets dip for the year 2019, a lot of people are reminded about companies going bankrupt. Consumers are not the only ones affected by this – companies are, too. As margins go down, the company revenues take a dive as well, leading to inabilities to pay for current obligations.

But if a company is unable to fulfill its obligations, is there no other way than file for bankruptcy? General Motors and Chrysler remind us that it is not. Here is a video on DIP Lending from Gelt Financial Founder Jack Miller: 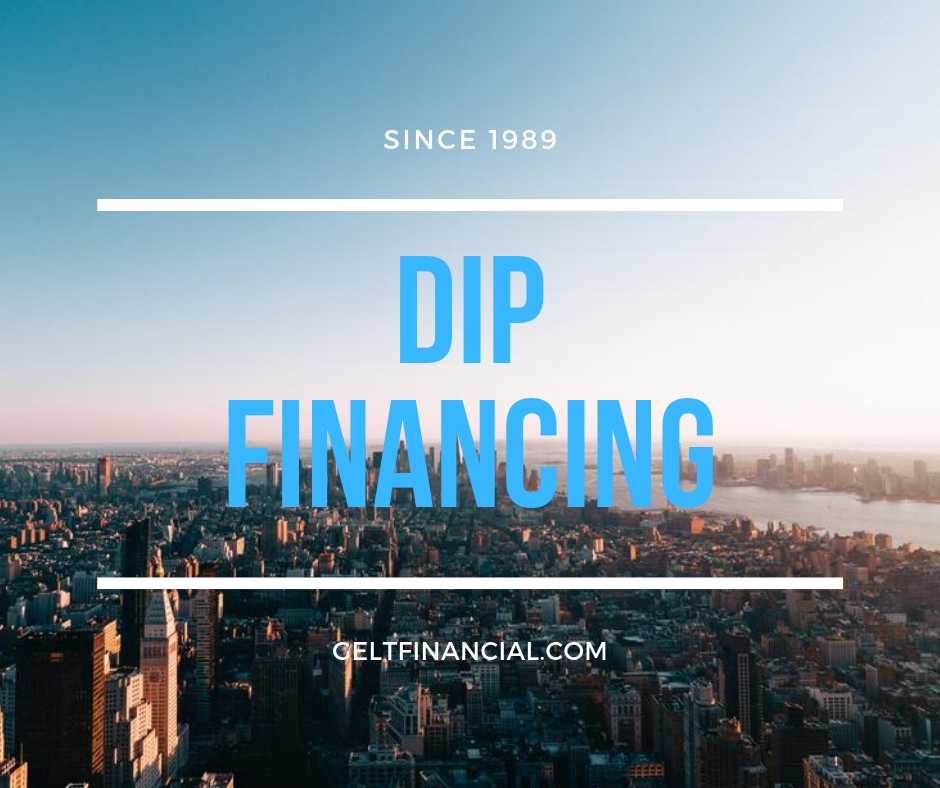 In 2009, two of the most famous car manufacturers filed for bankruptcy. However, both aimed at going through Chapter 11 of the United States Bankruptcy Code in hopes that their reorganization will be enough to grant them government funding to continue operations.

DIP Financing, also known as DIP lending, is a special kind of loan that is open to individuals and every kind of business (e.g. sole proprietorship, corporation, etc.). This is somewhat considered as a “last resort” for companies that are in financial distress. Under this loan, companies are urged to go through Chapter 11 which favors the restructuring of the firm over the liquidation of assets. This means that instead of liquidating all the assets of the company, they are given a shot at normal business operations using the money DIP financing provides.

When a company is under DIP financing, they are able to keep their business operations. They will have enough funds to pay their customers and to restructure their organization. For their creditors, this can be a chance at getting a higher return to their loan than when the company liquidates its assets. However, any company undergoing DIP financing will be under strict restrictions given by the Court.

Both General Motors and Chrysler have gone through DIP financing in 2009 and are considered as one of the largest bankruptcies in US history.

For General Motors, their bankruptcy was already foreseeable even before the automotive crisis during 2009. Following double disappointments from alliances with Nissan and Renault, General Motors had no choice but to file for bankruptcy in 2009. Under their Chapter 11 case, General Motors would undergo sale of some of their assets and subsidiaries. Nonetheless, normal operations were endorsed to NGMCO Inc. The DIP financing was worth $33 billion.

On the other hand, Chrysler filed for bankruptcy on April 2009, a few months before General Motors. According to their case, the US Bankruptcy Court would give them $4.1 billion under Debtor in possession financing so that the company can continue running its course while selling some of its assets to Fiat. Apart from that, Chrysler was also granted $400 million as cash collateral for their operations.

With these two examples, any kind of business can still hope for resurrection after filing for bankruptcy. However, you should expect that it will not be a smooth ride as the court will review the company’s ability to go through restructure instead of liquidation. Nonetheless, Debtor-in-possession financing can give companies a fresh start to their operations.

Since 1989 Gelt Financial has specialized in helping businesses with DIP financing. Give us a call today!