Gelt Financial, LLC is pleased to sponsor and support SafeTALK a three-hour suicide alertness and prevention training, developed by Livingworks, which is an innovative workshop that provides participants with tools, knowledge, and awareness to assist their peers who may struggle with suicidal thoughts. The program is the second installment of Chabad of Sarasota-Manatee’s mental health awareness initiative, We also have programs booked in Los Angeles, Randolph, NJ, Delaware, Bucks County, Pa and New York which previously included One Thing I Wish You Knew. According to Jack Miller Gelt’s founder and president, “It is our goal to being to program to every major city in the United States to try to help as many people as possible”

The aim of the workshops is not only to normalize discussion about difficult topics such as depression and suicide, but to also help participants understand that the power to make a difference is in their hands.

Designed by a Suicide Prevention Leader

SafeTALK is a training model developed by LivingWorks, which has been used worldwide and has been named as the leading training in suicide prevention.

Each workshop is three hours in duration and will train participants to recognize and engage a person who might be having thoughts of suicide, to confirm if thoughts of suicide are present and to move quickly to connect the person with helpers who know how to complete the helping process. The program’s name, safe TALK, is an acronym which succinctly describes its purpose and key message: Suicide Alertness For Everyone; Tell, Ask, Listen, Keep safe.

This is for all of those in dark places. “Sometimes those with the darkest pasts, create the brightest futures.” If you have suicidal thoughts, help is available for you at these numbers: http://ibpf.org/resource/list-international-suicide-hotlines Listen on every music platform and device: All: https://motiversity.lnk.to/DarkPastsBrightFutures Spotify: https://spoti.fi/2VJ2Hb2 Apple Music: https://apple.co/2Dddfb2 Google Play: http://bit.ly/2Gp6STS Deezer: http://bit.ly/2UEjFL6 iTunes: https://apple.co/2Dddfb2 ———————————————————————- Speaker: William Hollis William Hollis lost his mother Shalawnda Denise Jones when he was in his 20’s.

According to Jack Miller, Gelt’s Founder and President. “Suicide is the 10th leading cause of death in the US, 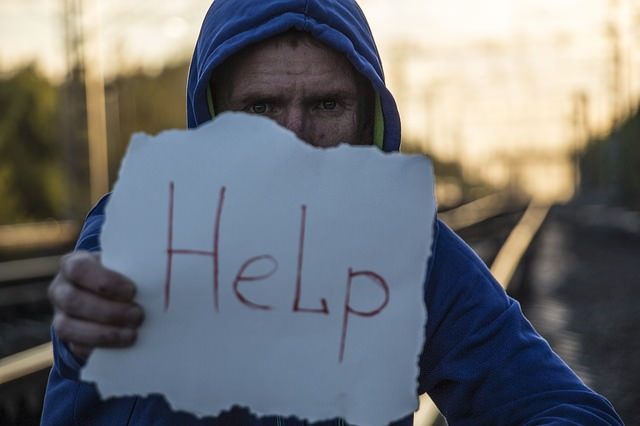 the 2nd  amongst our youth, with on average 129 suicides a day of which 44 are Veterans. In 2017 there were 47,173 Americans who died by suicide and there were 1,400,000 attempts. The number of people that are affected by this is mind-boggling and we need to bring this issue in from the dark, talk about it and take steps to solve it”

Call Now If You Need Help

If you are in crisis, call the toll-free National Suicide Prevention Lifeline at 1-800-273-TALK (8255), available 24 hours a day, 7 days a week. The service is available to anyone. All calls are confidential. http://www.suicidepreventionlifeline.org

“Every life is valuable and precious and we all must do everything we can to solve these issues” according to Jack Miller.

Gelt Financial Corporation secures loans nationwide for commercial and residential real estate investors. In its lifetime, Gelt Financial has closed over 10,000 loans. With former banking executives leading the team, Gelt is uniquely qualified to secure the financing you need.